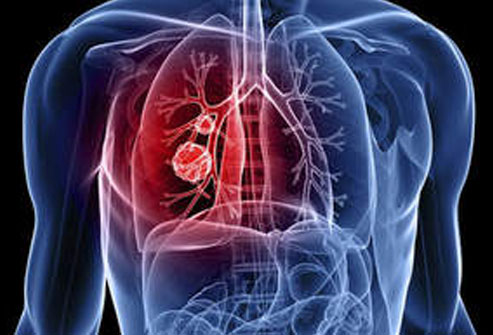 Lung cancer is the number one cancer killer in the world. It is the result of uncontrolled growth of abnormal cells. which divide rapidly and form tumors. Primary lung cancer has its origin in the lungs, while secondary lung cancer spreads to the lung from somewhere else in the body. Lung cancer broadly classified into two main types: non-small cell lung cancer (NSCLC) and small cell lung cancer (SCLC). NSCLC accounts for 80% of lung cancers and needs further typing and molecular analysis, while SCLC accounts for the remaining 20%. Most lung cancers are the result of inhaling carcinogenic substances lung being the major organ directly exposed to environmental carcinogens.

Signs and symptoms of lung cancer may include:

Further tests like PET scan may be required to know the exact extent of disease.