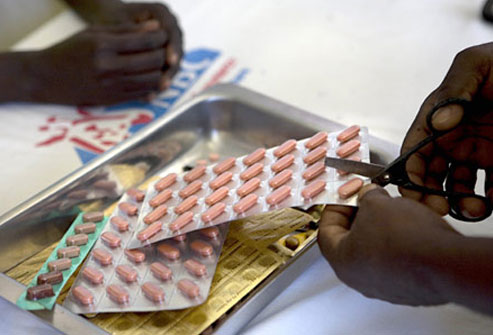 Tuberculosis – infectious disease caused by a bacterium; that most commonly affects the lungs. It is a crippling and deadly disease, and is on the rise in both developed and developing countries. In the entire history of humankind, it is believed that tuberculosis has killed more people than any other disease (in shorter periods of time, the epidemics of the Black Death and AIDS have killed more). Globally, it is the leading cause of deaths resulting from a single infectious disease.

Tuberculosis is an old Disease possibly as old as mankind itself. It was early known as consumptive disease because it slowly but steady decays the human body. It may have evolved from Mycobacterium bovis; acquired by humans from domesticated animals around 15,000 years ago. In 354-322 BC  – Aristotle  wrote “When one comes near consumptives… one does contract their disease… The reason is that the breath is bad and heavy…In approaching the consumptive, one breathes this pernicious air.  One takes the disease because in this air there is something disease producing.”

Sir John Crofton “It is often not realized how venial a sin can result in ultimate disaster. It might be suggested that giving a risky combination of drugs, or even giving a drug alone, will not matter if it is only for a short time. It is true that it may not matter in a number of patients, but in some it can matter very much and may make all the difference between survival & death”. Thus it is important to give right combination of drugs for right duration of time for effective management of tuberculosis.