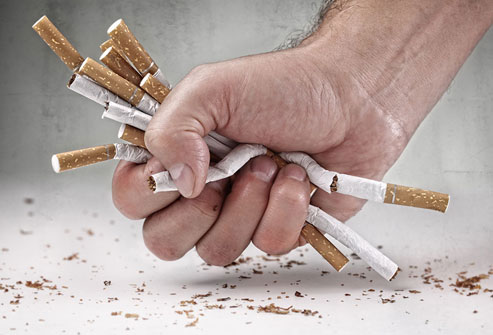 Tobacco consumption is increasing worldwide and in India smoking rates has risen sharply over the past decade. Tobacco is smoked in the forms of beedis and cigarettes or by using devices like hooka, or chillum. In smokeless form tobacco is use include betel chewing, mishri, khaini, gutka, snuff, and as an ingredient of pan masala.

Tobacco smoke adversely affects almost each and every organ of the human body. Tobacco use is a leading cause of preventable deaths all over the world. According to WHO, tobacco use kills more than 7 million people around the world each year out of which 1 million deaths occur in India. It’s been proven that 100% of people that smoke die…it’s also been proven that 100% of people that don’t smoke die too. The difference is in the number of disease free years and the number of years non smokers live is much higher than smokers. Dying from smoking is rarely quick… and never painless.

India has one of the highest rates of oral cancers worldwide specially due to gutka chewing. The lung cancer is the commonest form of cancer in men in India and its incidence in women is on rising trend. Smoking makes the poor poorer; it takes away not just their health but also wealth. Tobacco use is costly – 5−15% of tobacco users income is spent on tobacco.

One of the major side effects of smoking is that it not only affects those who smoke but also those who inhale tobacco smoke from the environment as opposed to directly from cigarette, known as passive smoking. Passive smoke contains all the same carcinogenic and toxic chemicals that the smoker inhales and indeed may be more harmful than active smoking as when a smoker inhale some harmful chemicals get filtered due to filter in cigarette but what goes in surrounding environment is unfiltered. The effects of passive smoking has been observed in even unborn children.

Quitting smoking is the single most important step which can extend the life of smoker and that of his family. Smoking cessation programs are one of the most cost effective of all the medical interventions.

These programs focus on preventive aspects of disease that is those in whom disease has not developed or to prevent further damage in those in whom it has already occurred. Smoking is a disease which starts years before it manifests itself into something which can be diagnosed and addressed. The ideal goal of such programs is to prevent adolescents from getting into the habit of smoking. Reducing the number of adults who smoke will reduce the number of children who will start to smoke !!